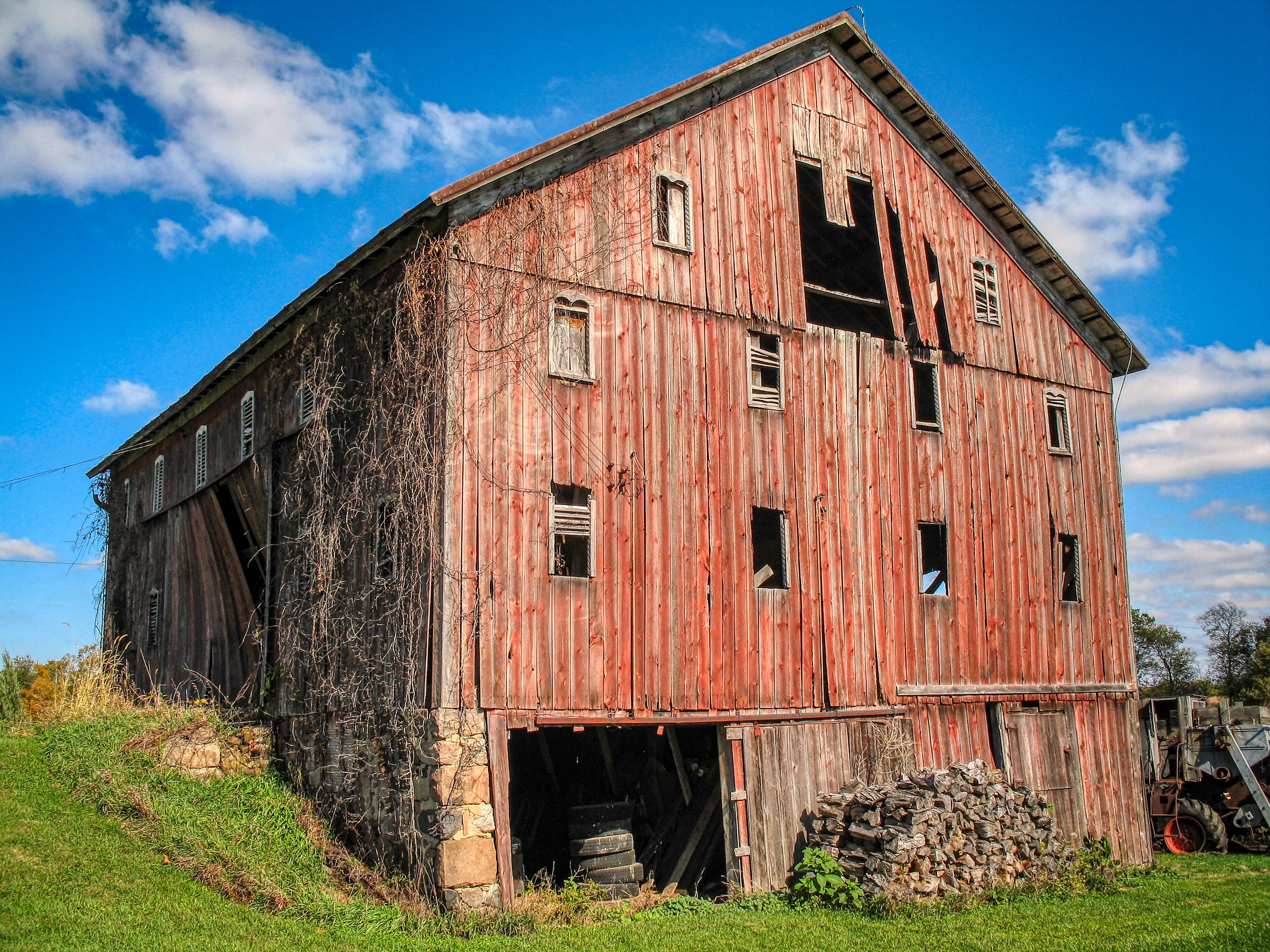 The smell of burnt hair and sulfur pressed on Jax’s nose, like it was trying to crush it. Whoa. That was close. Too close. Playing games as a little kid and training for six weeks did not prepare her for an actual battle. She dove without hesitation to her left from the wooden porch and behind an old pickup truck without wheels. This might hold for a minute. There was no way for her to know since she had only faced live ammunition for fifteen minutes.

“Jax!” The yell came from her 9 o’clock high — the main bedroom window of the farmhouse. It was Drek. Thank God I’m not the only one to survive the first assault wave. I can’t do this alone. He waved his hands a half dozen ways to give her directions and then raised his weapon to his shoulder and began firing. Short streams of magma burst across the yard, perforating the barn and several adjacent pieces of farm equipment. She sprinted to her left across the yard and dropped down behind a horse trough. The only protection it offered was invisibility if she stayed perfectly still.

Drek waived his arms from the window again, this time indicating where the farmers were hiding. She understood enough of it to believe there were three in the barn. Two were in the loft, and one at the back on the bottom. Two more in the silo.

Just then a flood of magma bolts streamed like a hose from across the yard and right of the barn, riddling the side of the house where Drek stood. Smoke filled the space between them, and she heard a thud into the back of the pickup. I’m alone. There is no way out alive now. She belly-crawled toward the far side of the trough to see if she could see where the rain of fire came from. Jax slid her visor screen down in front of her eyes out of the crown of her helmet. A three-dimensional heads-up display appeared directly in front of her, an illusion created for her mind by the refraction of lasers on the plastic shield.

“Map,” Jax whispered. What were they thinking making this idiot-hat voice command activated? Who let tech companies sell them on this dumb toy? In her mind a holographic model of the entire farm appeared as if it was a couple feet in front of her face. It showed the location of every member of her platoon. Drek wasn’t on the map anymore. Maybe he’s okay? Or maybe the satellite can’t see him yet through the smoke, and his locator is melted. The image of a smoldering hole through his chest where the locator should be flashed in her mind.

“Show hostiles.” The last known location of six farmers appeared, but wasn’t what Drak had told her. I trust Drak. She slid the shield up and out of the way. She peeked around the giant steel bucket and noticed a smoking pile of leaves at the edge of the field, between the house and the barn. The gap was only about five meters from there to the back of the barn. They’re moving. Crap. Get up, Jax. Get up and go now! No — Wait. Instinct training was reinforced throughout her six weeks.

A slight movement of the corn stalks in the field gave her the opening she needed. Jax quickly elbow crawled forward a few centimeters and trained her plasma rifle half a meter in front of the rustle. Breathe. Squeeze. A burst of magma bolts tore through the corn, causing one ear to burst into fluffy popped kernels. The other two bolts of flame struck flesh. A farmer fell forward so his head just appeared at the base of the corn stalks. He looked only a little older than her.

The young woman slid backward to the safest position she could get to quickly. Gotta move now Jax. MOVE. She had no more than five seconds to take advantage of a new position so they wouldn’t see her. She blinked rapidly trying to erase the image of the first person she’d ever killed from her mind. Three, Four. She rolled back toward the truck and to a crouching position. Then like a jackrabbit she leaped forward and sprinted further to the left, away from the house where Drak surely lay dead with holes melted through him.

The run took forever in Jax’s mind. It was less than twenty meters to the harvester, but if they saw her it was not going to protect her from a plasma Gatling. That is the only thing that could deliver the hellfire that tore the wall out of the farmhouse. She could hear her boots grinding in the gravel. Crunch-swish, crunch-swish. The smell of the dust mixed with the sulfur residue from plasma bolts and the patch of her own burnt hair puffing out freely from the bottom of her helmet. It’s time for a trim anyway. Maybe I’ll do a high-top afro like that rapper from the 1980s. Next time I will stuff that under a helmet and not get it shot off. Next time.

Jax reached the harvester, spun and slammed into it with her back, letting it stop her momentum. Nothing could be felt through the armor. The Kameel-ion bodysuit she word immediately changed color to match the machine. She looked down and realized that she was a faded yellow with ruddy splatters. Eww. No. What are they farming here? Not corn.

The map down again at the tap of a gloved finger near the temple. At least they keep you on the last view. Somebody over there has a working brain cell. Jax assessed the situation, and decided on the one thing they would least expect.

She sprinted out from the harvester, and directly toward the silo door. She reached the door, and was about to burst through shooting when a school-aged child stepped out. In its hand there was a small red item that looked exactly like an apple. The shield identified it long before her mind would acknowledge the danger. The screen flashed the word “GRENADE!”

In one motion, Jax slapped it out of the child’s hand in the direction of the barn, and tackled the child into the silo. An eternal second later she lay on the floor holding the child from behind, covering it’s mouth. A flash filled the base of the silo with light, then sucked the air out of it, taking anything not sturdy with it. There was never a sound when an anti-matter grenade went off, but there was always a hole that would eat a transport in a gulp, and leave no air to breathe for a few seconds.

When the air returned she motioned for the kid to remain silent. The kid looked blankly at her. On second thought, this one needs a mute-band. She reached in a pouch on her leg and snapped out a black cloth that clapped around the child’s neck, interrupting motor functions and disabling its voice-box.

Jax was beginning to move like she knew what she was doing. She bounded up the stairs and sent two bolts through an old farmer in the top of the silo before he could turn the Gatling on her. Seconds later, she trained the same Gatling on the barn, and laced rows of molten death through the walls. Back and forth she swept, both hands locked in iron grip on the dual handles, unable to release the triggers. Every level was riddled and smoking. Only then did she let go.

Jax took double-steps down the steel steps that arced around the wall of the silo, slinging her rifle from her back around and into her hands in a single sweeping motion. Passing the child, she noticed for the first time it was a girl. They sent their daughter out here to die. Godless savages. At least I chose to be here.

Cautiously, Jax flicked on the lights on her helmet, and quickly slid through the door. Inside there were two farmers on the ground full of holes. Around them were giant incubators stacked to the top of the three-story barn with racks of tiny creatures. The incubators were destroyed by her hail of plasma, and most of the bodies were dead or dying. She angrily fired indiscriminately around the room to make sure they couldn’t survive, and as pay-back for her fallen comrades.

Goddam farmers. What makes somebody agree to grow crops of these slimy gray bug-eyed monsters? Traitors to humanity. They deserved what they got. She lowered her rifle, and walked toward the daylight on the other side of the door.