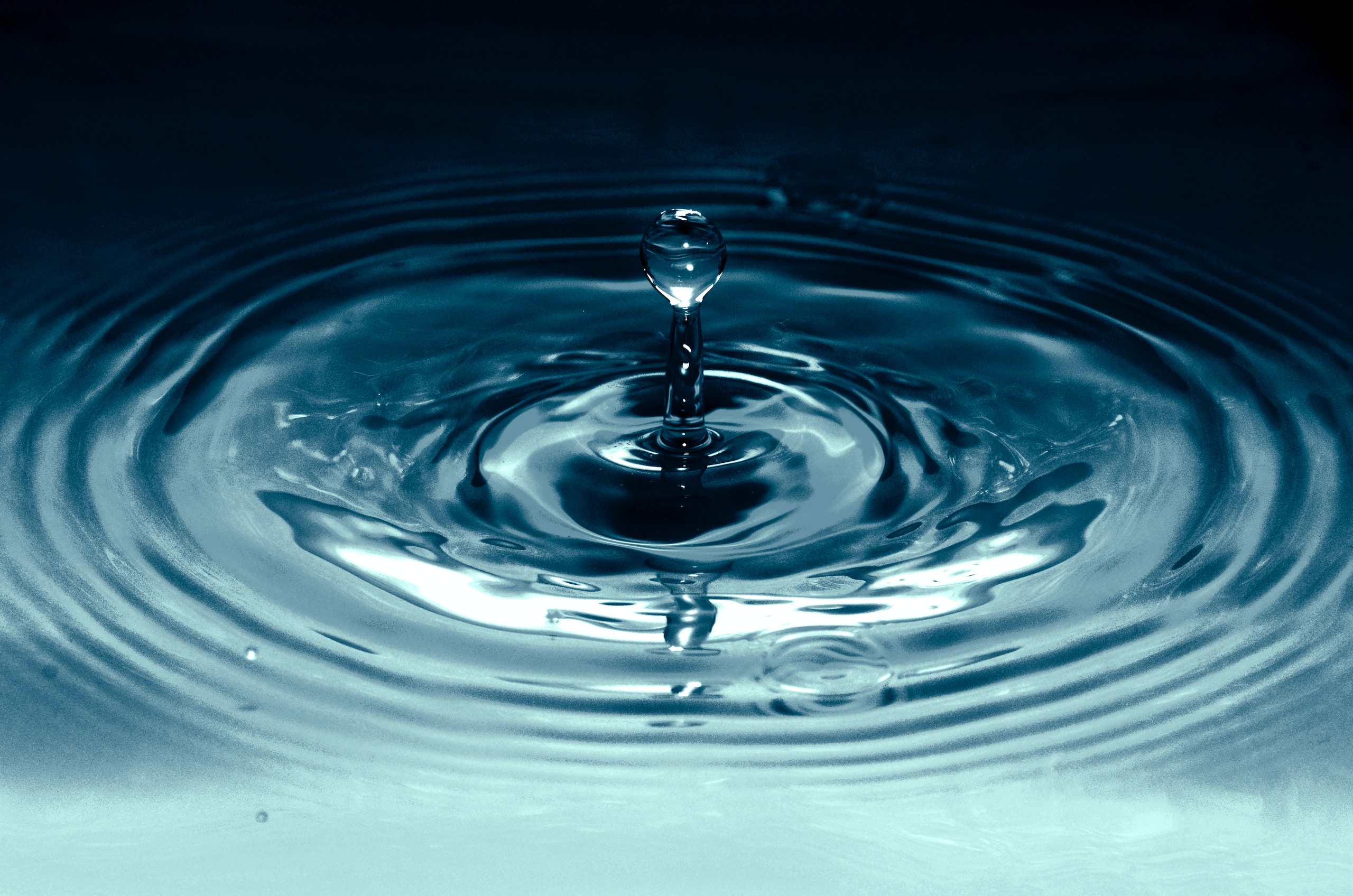 There was a faint lavender aroma in Dr. Anzel’s office. This time it was mixed with something citrus, but Isaiah couldn’t place it. It seemed to alternate between lime and tangerine. That’s so weird. Those aren’t close. He sat waiting for his weekly visit with his therapist, because his mom insisted. She refused to believe that his melancholy new wave music phase was a phase at all. Also, he was still hallucinating. It happened a lot.

The door opened and the tall, thin woman with short brown hair motioned for him to enter. Her hair made Isaiah wonder through every session whether she had a wife or husband. She wore a big diamond on her hand. He decided that not knowing somehow made her more attractive to him — out of his league, but hot enough that it stuck in the back of his head. As he sat in the leather chair, she shut the door and moved to her seat at a carefully positioned angle so they would be facing each other and next to each other at the same time.

“How has this week gone for you? You turned fifteen — last weekend right?”

“Yah. That happened.” Isaiah shifted in his seat, which groaned on cue. “I’m good. Mostly. I’m getting better at dealing with the hallucinations. The drugs do nothing. I’m pretty sure everything we’ve tried is a placebo.” He had learned that word in science class a few weeks back and was dropping it all the time, even when it wasn’t really proper to the situation. Two days previous he told his mom that premium gas was regular gas with a placebo added. She was not amused. That was typical, but he refused to stop trying.

“So are they increasing?”

“Yes, but they’re not bothering me so much. It’s like they add comedy to… well everything.”

Isaiah chuckled awkwardly and looked down at the floor.

“It’s happening now, isn’t it? Tell me what you’re seeing.”

“I really wish we could meet in a different building. This is kinda messed up.” Dr. Anzel’s office was in the oldest section of the oldest hospital building in the city.

“Well tell me about it.” She sat calmly staring at his face.

“Over there against that wall there are a few men in white coats with suits under them. Here, right in front of us there’s a tall table thing. It’s covered in a bloody sheet. Well the sheet is draped over a body. She’s basically naked, but her guts are open. There are three men around her, calmly talking and sticking their hands and tools into her guts. It’s pretty gross, even though I can see her… um…”

“Naked body. Of course. It’s okay. Everyone has one. Think about it, below what we can see of people, everyone is naked.” She paused, staring at his face with a look of concentration. “What do you make of the scene?”

“Besides gross, you mean?”

She cracked a bit of a smile. “Yes. Besides gross.”

“I don’t know. Like I said it’s not bothering me so much.”

“And you think the medication isn’t helping that happen?” Her face was still as a stone.

“No way. I know because I quit taking it like three weeks ago.” He shifted in his chair, and it squeaked a little.

“Oh, I see. We talked about that didn’t we? Those decisions need to be made together. We’re a team, you and I? Right?”

“Okay, but they were messing me up. At least I can start to understand what I’m seeing when my brain works. That crap puts me in a fog. I hate it.” The miniature grandfather clock on her desk across the room distracted his attention slightly.

“Alright. Well we will come back to that in a minute. Do you still see them in here? What are they doing?”

“Yeah. They’re sewing her up. She doesn’t look good. There’s a lot of blood.”

“What else can you see in the room?”

“I don’t know it’s kinda wavy now. Everything is old.” Isaiah looked around the room trying to see more, but then he sat back disappointed. “It’s gone. That one was not as clear as a lot of them are.”

“That’s okay,” the doctor prodded. “Do you think the old things were as old as this building?”

He looked at her sideways for a long time, looking for any sign that could tell him what would be a good response. A bad one would get him locked in a rubber room for sure.

“Remember, Isaiah. This is a totally safe space. Anything you say here stays here.”

Uh-huh. The words stay here, but the drugs come home with me. After another minute, he spoke again. Her expression never changed. “Sure. I guess. Could be. I’m not a host of an antique show on TV or anything, but I guess so.”

“That’s very interesting. Can I tell you about some recent research?” She leaned forward, breaking with her usually stoic position.

“There is a theory… not a full theory, really. Let’s just call it an idea that is being tested by a lot of scientists. It says that our lives are three-dimensional holograms that we interact with. It also implies that all of time is here — right now. What do you think of this idea?”

“Um.” He looked around the room again. “If that’s right, then we’re not here at all.”

“Well that’s one of the things they’re trying to test. Probably not exactly like we’re not here — but we might be only seeing one version of now.” She paused and her eyes scanned his face. “That or we might be able to see the past like echoes of old experiences.” She paused again. “What do you…”

“…think of that? Ah. yah. I can see the future when you start a sentence with ‘what’ so maybe it is right.” He flopped his head back and stared at the ceiling. “Maybe.”

In the long silence that followed, Isaiah sat up, Dr. Anzel sat back, he sat back and she leaned forward again. At last she asked, “What are you thinking about right now?”

“Remembering. Since I was three years old I could see things. Everyone told me they weren’t there. They made me feel like I was crazy. They punished me. They drugged me. They sent me here.” He stared up like he was trying to blow a hole through the building and out of the roof with laser vision.

Isaiah stood on the concrete of the 8th floor of the gutted building. He could see the old room like he was standing in it, but he was watching the meeting replay. His demolition crew was behind him lacing det-cord across the floor.

The building would come down in only a few hours, and there would never again be an 8th floor. Only he could stand here in this space and watch this meeting. A waft of lemon caught his attention as he stood in the light breeze left by the missing windows. He rubbed the gray stubble on his chin.

This place, and everything that happened in that room would never again be visible. He saw the surgery again directly in front of him, and remembered how that night he had gone home and searched for records of the surgery. He watched the younger version of himself quest for it in super fast-forward until he reached the moment he proved it to himself.

The obituary read, “Ethel Jean Steadman, 26, passed after an experimental surgery at St. Mary’s Hospital. Surgeons were attempting to cure her of severe hysteria by removal of her reproductive organs but were unable to save her.”

“We’re almost done here, boss.” The booming voice came from a big man wearing jeans, a button-down shirt with a logo on the chest and a shiny white hard-hat who was walking toward Isaiah. “We need to clear the floors and do a final sweep for any homeless folks. It’s time to be done here so we can put up those condos for you — whenever you’re ready, of course.”

Isaiah was looking around the empty space where the room had been. He could see Dr. Anzel sitting in the chair as if she was there in that moment. He noticed for the first time that she had a small picture on her desk of her with someone else. He couldn’t make out who was with her. I guess I’ll never know that mystery. He turned further clockwise and stopped to look at the cross on the wall of the operating room, still visible to him, hanging over Ms. Steadman’s dead body. He didn’t respond to the foreman. He just stared silently into the empty room.

Isaiah turned to face the foreman.

“Oh yes. I heard everything. Even the echoes.”